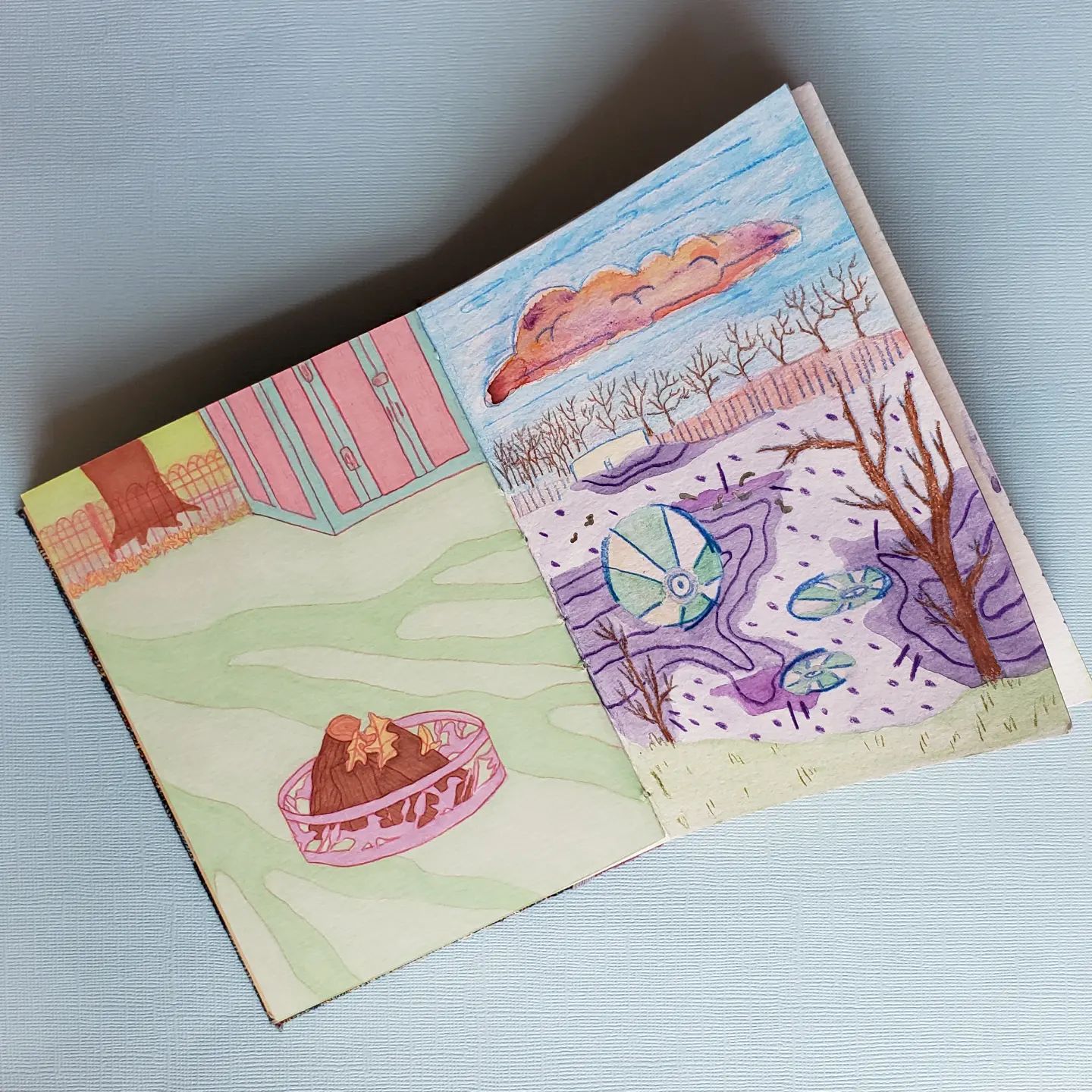 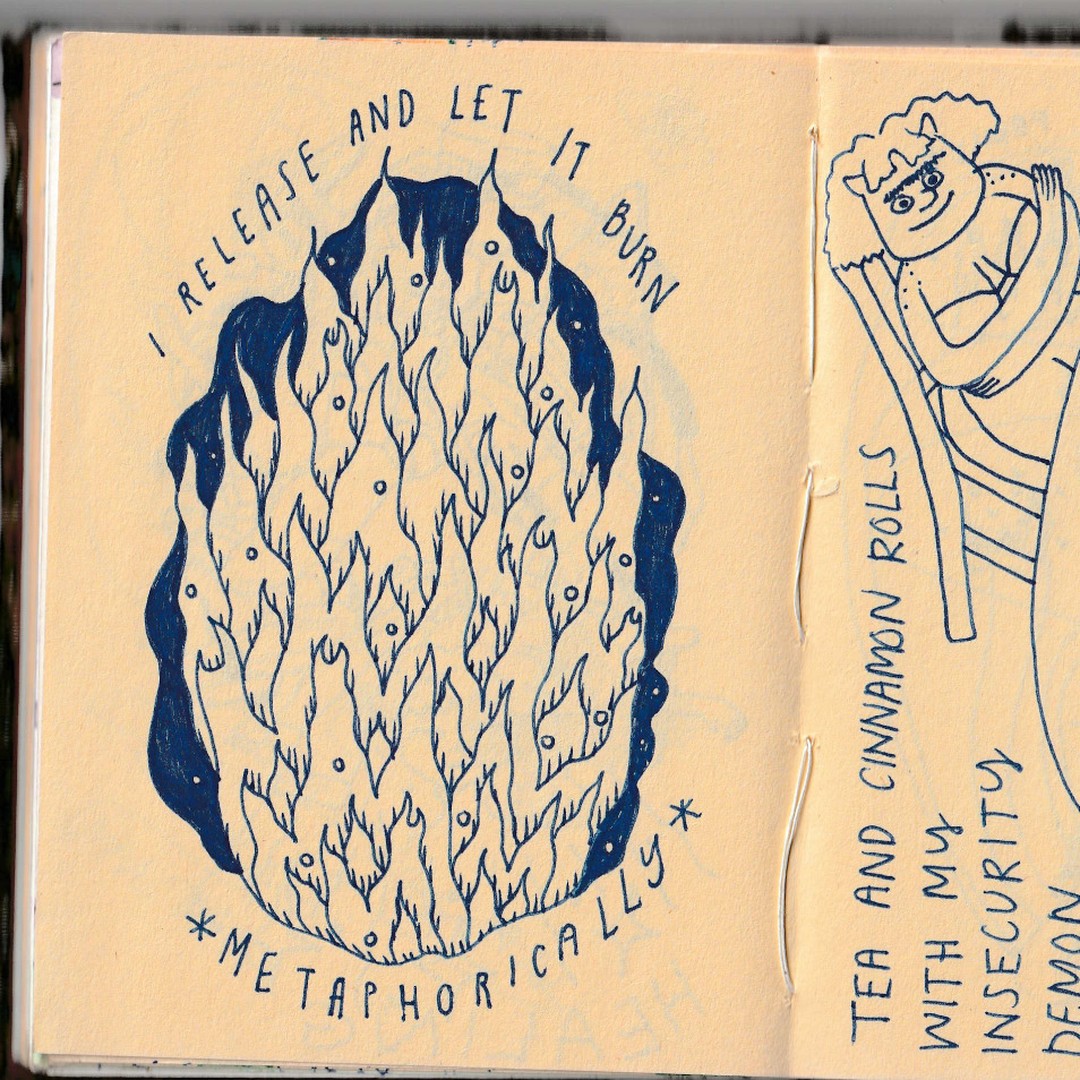 I'm on a 4 day streak of my improved morning routine which consists of journal > go for a walk > yoga > meditate > draw, and it feels pretty good. I think one of the reasons I have struggled to stick with these habits every day is that in the past I used them as rewards for after getting more "productive" tasks done. The problem with this is that after doing the "productive" tasks, I don't feel like doing self care activities that require effort and instead default to low-participation activities like watching YouTube videos. This started because I thought 'what if I made self care my priority for the day instead of an afterthought?' I'm approaching it like an experiment to see what happens rather than making it a rigid challenge or trying to reach a particular goal as a result.

I realize I have privilege to be able to attempt this because I have 2 hours of available time each morning and don't have children or overwhelming responsibilities preventing me from experimenting with how I structure my day. I am also extremely grateful that my body is cooperating, because this started on one of my first pain-free days after two weeks of intense daily headaches. One of the reasons I'm not setting any hard goals with this is that living with chronic illness is unpredictable. I'm doing this as long as it feels good.

Anyway, if the streak continues I will likely have more drawings to post from making it a daily practice. With the drawings, I don't have a goal to complete a drawing each day or to share all of them or anything. The practice is just to sit down with my sketchbook and see what happens. This spread is something that resulted from that practice this week.

(This was posted in a productivity Discord server that I'm a part of, but I have copied it here with some minor alterations to reduce repetition of points stated above.)

I'm on day 21 of my improved morning routine! I have a really hard time sticking to routines (ADHD brain = always craving novelty) so this is the most consistent I've ever been in my daily habits! I've been working to build these things into my day for years at this point, but in the past have only succeeded in consistency with one or two of the habits at a time. I also have several chronic illnesses which sometimes throw a wrench in the works when I'm starting to make progress. On one hand, I'm employing strategies like habit stacking from Atomic Habits by James Clear, but like I said, I have been attempting this for years, so I also feel like I just woke up one day and the energy was finally right in the universal soup. I didn't set any particular goals with this; I'm just seeing how long I can ride the wave. I can already feel myself getting stronger in my yoga practice so I'm looking forward to seeing results in other areas as well!

I am now on a 26 day streak! I have decided to keep the majority of my daily drawings private, because I don't want the pressure to share my work to limit me from experimenting. One of the biggest joys of this process so far has been creating space to fail and make ugly work. There may be instances where I decide to share a drawing in the future, but the goal of this journey is self-improvement and enjoying the process, not creating content for the internet.

The yoga part has continued to be something I look forward to each day. There have been a couple of days where I've had to move a habit or two to later in the day due to my schedule, but it hasn't stopped me from completing them, so I'm still counting it. I actually think part of my brain enjoys moving a thing or two to later in the day because I get to feel like I'm cheating my own system. I don't want to make it a habit to do that too often, because I think it could easily turn into skipping habits entirely, but I can do it once in a while, as a treat.

I'm on a habit streak of 52 days. I don't always do all of the things in the morning anymore, and sometimes I'll cheat and skip the walk if it's not nice weather, but I'm mostly still doing it.

I haven't wanted to share many of my drawings for a few reasons. For one thing, I think the idea that I have to share them on social media will add too much pressure for me to keep up the routine. Also, I don't often use reference and usually only spend about 10 minutes on them, so they feel like kid drawings. I love kid drawings, but I feel self critical when my drawings look like kid drawings. It's important to me that people know that I'm competent and I'm afraid that if the only drawing they ever see by me looks the way some of my sketchbook drawings do, they'll think I can't draw and I won't get hired to draw things for people.

This is getting long, so I'm going to wrap it up by saying it's okay to make bad art and it's also okay to not share it if you don't want to. But I am trying to learn to sometimes be okay with sharing bad art. Just little samples. 🥜

Thank you! Your submission has been received!
Oops! Something went wrong while submitting the form.
No comments yet. Add one!

Desiree Dahl is a web designer, artist, and illustrator based in Iowa City, Iowa.

Copyright © 2022 Desiree Dahl. All rights reserved.
Content may not be used or shared without express written permission.
AboutDesignBlog
ShopContactPrivacy Policy